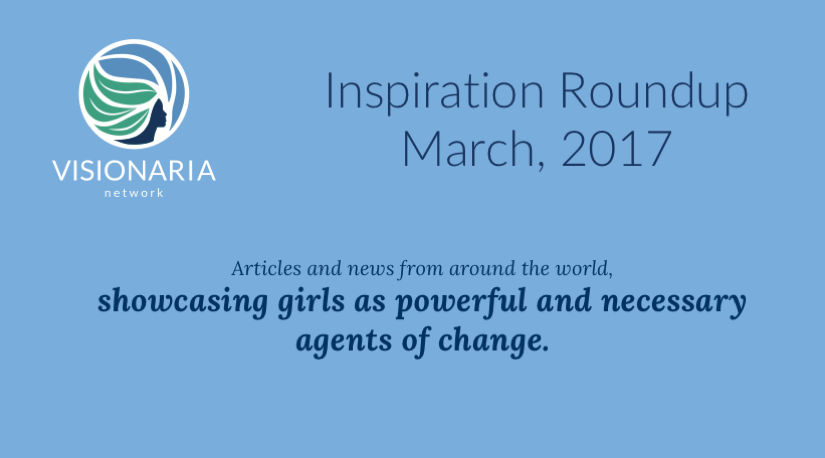 A selection of articles and news from around the world, showcasing girls as powerful and necessary agents of change.

…responsible leadership means being accountable, too, towards those who cannot yet vote or who have yet to be born. This applies especially to developing countries, which are most vulnerable to climate disruption, despite having benefited least from cheap fossil energy. The longer we take to make the transition, the higher the bill that future generations will have to pay to face the droughts, floods, and storms that will trap or even push them into poverty and conflict

A visual montage showed how they are groomed as budding reporters and covering stories around their localities… Each story was unique about their coverage of events, but they repeatedly hit the audience with the grave insecurity of life that looms dark over women in remote villages. There were stories of women being threatened of assault, woman sold to a trafficker for father’s failure to repay loan, lack of teachers in Anganwadi centre causing children to become dropouts, propping up of illegal hooch stores behind the facade of a tea shop making it impossible for girls to walk freely in that area.

Momentum for Girls in India

When women’s voices aren’t equally represented at a national policy level, a lot of the time their best interests and needs are also neglected…[i]f you’ve been paying attention to the long history of feminist movements in India…you will notice that women and girls are fighting for their rightful place in society alongside men.

India has launched a major event to take steps toward giving today’s young women an opportunity to become tomorrow’s leaders.

The Visionaria BLOG features articles and news from Visionaria Network staff, as well as contributions from teachers in our partner network who share their thoughts on education quality + how more students in Peru can and are becoming social innovators in their own lives and communities. Everything #Visionaria and more!